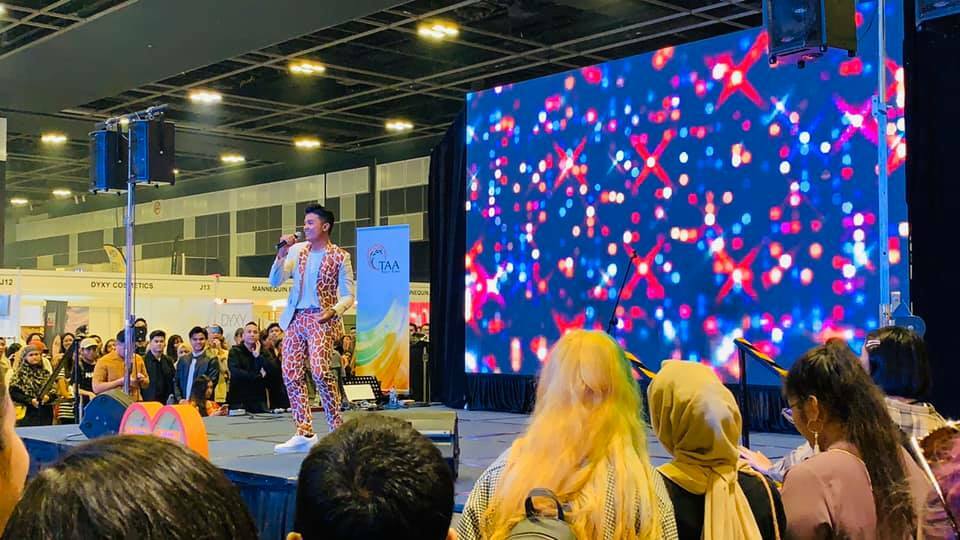 It was a euphoric moment for the then 18 year old singer songwriter, Rahmat Damansari when his name was announced as the champion at StereoSearch 2019 Grand Finals held at Suntec City Convention Centre last December. The year 2019 was indeed a positive and progressive year for him.

The string of events kicked off in January when he was among the finalists in the Grand Finals of NYP Jam 2019. Although he didn't bag home the title, he won the hearts of new fans and friends. Subsequently after that, he was invited to perform for a Hari Raya Aidilfitri variety programme on YouTube organized by Voz Management and supported by a few other local production company. He was also offered and sponsored by The Golden Rule Barber Co. to style his hair for some of his shows, and so did ZAB Collection for his outfit. Later in March, his debut single, You & Me, was released in two languages; English and Malay. It became quite the staple on the list of songs playing on national radio station Ria 89.7fm. The song managed to gain attention from local radio listeners and abroad too. The official music video in Malay was released about a month later.

In April, a local Malay newspaper Berita Harian published a full-page article on Rahmat Damansari and his family sharing their music experiences and tips. It was also given a front page introduction. Why a family article? Because his parents were in a Javanese Symphonic Metal band, Kraton, and given their past experiences in performing and headlining in the many towns and provinces in Indonesia. They are no stranger to Singapore Malay music scene and also the underground scene. His younger brother, Inflake, released a full-length EDM album prior to Rahmat Damansari's debut single called A Distant Memory while his younger sister who is not in the music scene loves to write stories and aspire to become a writer.

In May that year, he was invited to sing two songs in a duet with 90s Malaysian popster, Siti Nordiana in a Ramadan show at Wisma Geylang Serai. That was another milestone for his journey.

After his 10-day Community Service trip to Nepal, his 2nd single was released; Jatuh Cinta in Malay while In Love With You in English. This song was in various list of recommendations on Spotify, reviewed and recommended by Hear65sg, Bandwagon Asia and also local English newspaper, The Strait Times. Music video for this single was only released earlier this year.

It was during his 2-weeks vacation with the family in December that he was called up by the organizer of StereoSearch to participate in the competition and also a producer from national TV station, Suria (Mediacorp) to appear on a variety show, Manja, upon returning home.

In the competition, he had to sing in cafes for audition and preliminary rounds. He sang his own song, Jatuh Cinta throughout the competition and sang another one of his originals, You & Me for the Grand Finals that saw him crowned as champion and will be performing at StereoFest, sharing the stage with regional artists like Noah, Judika, Jaz, Ayda Jebat and Ismail Izzani. He is currently working hard on a couple of new songs and they are definitely something to look forward to.